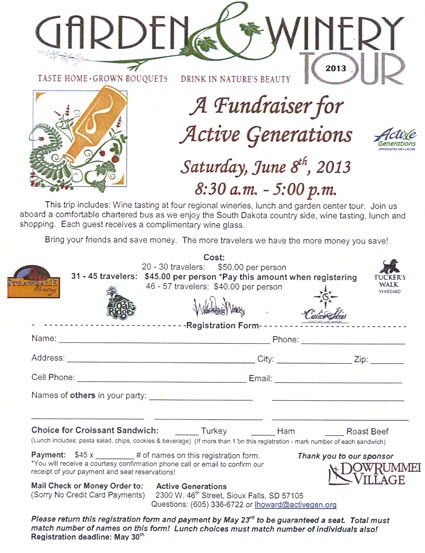 Jillie's Run - An Open Letter to our Friends and Neighbors

Harvest 2012 - September 18 - Its all crushed, and all pressed! Congratulations to all who helped get our harvest into the tank.

On September 1, we started in on Brianna with Tad, Jess, and their crew from Minneapolis, Chet, Char and her friend Sue, and Pat.

On September 8, Jon, Dean, Chet and the Augustana Viking Wrestlers came out and descended on the Marquettes like locusts. They picked over 2000 lbs. in just over 3 hours. Last year there were 9 wrestlers out here. This year we had 16! These guys are awesome. We may need to rename our Marquette "Take Down - Red!" if this continues to become a tradition.

Chet and Dave started picking Brianna on 8/30/2012. On Saturday, September 1, we invite our friends and anyone who wants to join us beginning at 8 am. We'd like to pick while its cool. If we can finish up the Brianna, we'll start in on Frontenac Gris and LaCrescent, St. Croix, and Marquette. They are all very close to being ready to pick.

We hope to have the Augustana wrestlers out here next Saturday, September 8. More on that later. Hopefully we will have everything in except the Marquettes by then. In 2011 the wrestlers picked over a ton in 4 hours. It was fun just to watch these guys go - lots of energy and a positive attitude. What could be more fun than picking grapes and getting some sun.